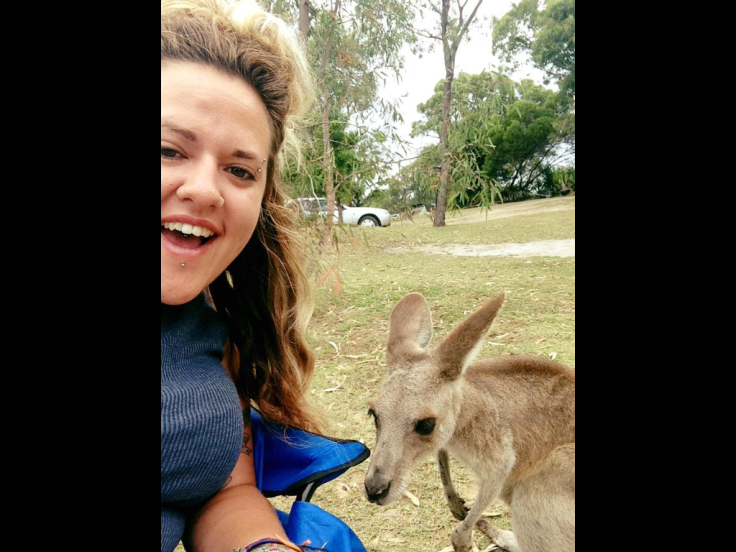 Since I was about 14, at school with my mates thinking that I would take on the world and be a famous actress by the time I was 24; my dream has been to take a road trip up the coast of Australia. This year that dream came true and it was everything and more than I ever expected it would be! If you’re considering travelling or considering a road trip DO IT DO IT DO IT! I wanted to share my experience, as the idea of a road trip in a huge country like Australia can be quite daunting, but I want to show you that it really isn’t all that difficult to prepare for and it will be one of the best experiences of your life!

What will I need?

Okay, so to prepare for a lengthy road trip, you first of all need to find a reliable car (see my last post for ‘buying a car in Oz’),  if you’re feeling adventurous go for a 4wd, this will give you a bit more freedom when it comes to places you can visit, however if you are off roading, just make sure you know a bit about what you’re doing. Australia isn’t like England and you can easily get stuck in things like sand dunes and high tides (especially on Fraser Island).  Also, if you have invested in a vehicle to live out of for a road trip, it’s probably best not to risk it’s welfare, or do something like crash it into a ditch in Cape Tribulation …but that’s a story for later.  So once you have your car, you need some great people who will make the trip one of the best you’ve ever taken, the more the merrier!

Now, you have three main choices when road tripping Oz, if you have money and like home comforts I would buy a smaller car just to get around and stay in hostels all the way, if there are more than two of you per car, you can get a tent and camp your way up the coast and finally you can do what we did; which is buy a car which you’re able to sleep in and live in that as you make you’re way around Oz. Personally I would go for the second or third option as I think it makes for a better overall experience, but it’s completely down to personal preference.

Once you’ve decided how your going to get around, who you’re going with and where you’re going, it’s time to hit Kmart and Target. It might also be worth having a look on gumtree for camping equipment etc as a lot of people will be getting rid of the theirs when they come to the end of their trip. I would estimate it will cost about $100 to set yourselves up for a reasonably well equipped road trip. That’s about how much we spent on the following:

Where can I stay overnight?

If you’ve chosen to stay in hostels for the duration of your trip its always best to book at least a few days in advance as most decent places will be booked up throughout the year if you leave it until the day of your arrival; you will almost always be able to find somewhere but you may end up paying more if you leave it until the last minute – hostelworld.com and hostel bookers.com are both easy, reliable websites to use. If you want to camp outside your vehicle in a tent, again I would book a campsite in advance, they’re normally half the price of a hostel with pretty good facilities. There are hardly any places that I know of along the east coast where you could camp in a tent for free without being fined, for the sake of $10 or $15 per person it’s much easier and safer to just book a campsite; most campsites have toilet & shower facilities, bbq’s, outdoor kitchens, and a small shop.

Finally, if you’re broke form farming like we were, or just prefer to spend your money on other things, you can sleep in your van or car for free. As long as there is no camping equipment outside of the vehicle and you’re fairly discreet, it’s usually pretty easy to find somewhere to park up overnight just to sleep. Most parks, beach car parks and outdoor attractions will have a ‘no overnight stay’ sign, some people ignore them and sleep there anyway, however we never did as we weren’t in a position to be risking a fine. Most nights we found ourselves parked on a roadside or in a residential area near the beach, in 6 weeks I think we stayed in a hostel twice and in a campsite for about a week in total. I’d recommend searching for somewhere to park overnight while there is still a good amount of daylight as it can be quite difficult to find somewhere in the dark, in 6 weeks of doing so we didn’t get questioned or asked to move on by the police once; the general consensus is that as long as you’re not causing any trouble or parked somewhere you shouldn’t be, the Aussie police aren’t too bothered.  I would also reccomend picking a spot where you can have a discreet wee without being seen, there’s nothing worse than setting up the car for the night and then realising that you’re nowhere near a toilet or anywhere that could be suitable – especially after a few beers. There are some places, mainly the cities where you just won’t be able to find somewhere to stay for free, WikiCamps is a really good app which will show you free campsites, day spots and and other amenities to check out before you arrive.

How do I cook?

We bought a $20 gas stove from Kmart and four gas bottles for $2.50 which lasted us the duration of our trip; we found the best places to cook were picnic spots which you will find plenty of along the east coast; most picnic areas have benches, sheltered areas, bins, taps and free BBQ’s, some even have power points if you need to recharge phones, cameras etc.

Where do I wash?

If you’ve opted for a hostel or campsite obviously showers are included in your nightly rate, however if you’ve decided to rough it a bit like we did, it can be a bit more challenging to find somewhere to shower. Most mornings we had parked within walking distance to a toilet block near the beach, where we were able to use the toilet and brush our teeth after breakfast (and sometimes wash our dishes if there was no one around). Most beaches and parks near water will have have a decent shower in the toilet block, obviously it’s cold water but in 30+ temperatures that’s not too much of a problem and unlike in England, the public showers and toilets are usually very clean. Alternatively if you’ve got mates staying in hostels it wouldn’t hurt to sneak in there for a cheeky shower every now and again, most hostels have so many guests staying at one time that they’re not likely to notice.

How can I charge my phone/camera?

We bought a dual in car charger for about $10 which fitted into the car’s cigarette lighter and as we were usually driving for about 3 hours at a time this was plenty to get some charge in our phones.  We also spent about $30 on a charge pack which did four  charges of a device and has two USB ports, once our phones were charged we would then  charge the battery pack in the car whilst we drove in case we needed it overnight when the car was parked up. Also if you have mates that are staying in hostels  just get them to charge up your battery pack for a few hours if you’re not driving anywhere that day.

Where can I do my laundry?

Quite a simple and obvious answer is the laundrette, unless you’re camping in the middle of nowhere, even the smaller towns have laundrettes, which usually cost about $3 for a wash and $3 to dry. Alternatively if it’s just a few main bits, grab some washing powder or travel wash form the supermarket and use one of the outdoor taps, spread your washing around the car and it’ll be dry in an hour.

How do I store food?

As you’re unemployed and the main worry in your day is where to sunbathe or which waterfall to visit, you will have plenty of time to shop for food, we found that having a store of dried things and tins such as cereal, soup, pasta and tuna worked well as a back up but it worked better just to buy food as it was needed. In a cool box (esky) a 4kg bag of ice which costs about $4 will last a couple of days to keep things like milk, butter and cheese cool; meat would probably be fine, but there were occasions where we forgot to buy ice and the cool box became more of a mini sauna in the back of the car, so we found it worked better to buy meat on the day and throw it on one of the free barbies. Also, if you can’t be bothered to buy ice, a pack of beers from the cold store in the bottle-o will keep your food cool for a good few hours.

How much will fuel cost me?

Aussie fuel prices are pretty much half of what they are in England, so in a nutshell, no it won’t cost you much. We had a Ford Falcon Wagon with a 4L engine and on average it cost us about $30 to travel around 300K. It’s always a good idea to top up your fuel whenever you can as the country is so big, you can drive for hours and not come across a petrol station or (servo) as the Aussies call them.

So those are the main questions that I wanted answers to before we left for our road trip and I hope that my experiences can help take a little bit of the stress away from road trip planning so that you can just relax and enjoy the beauty of Australia!